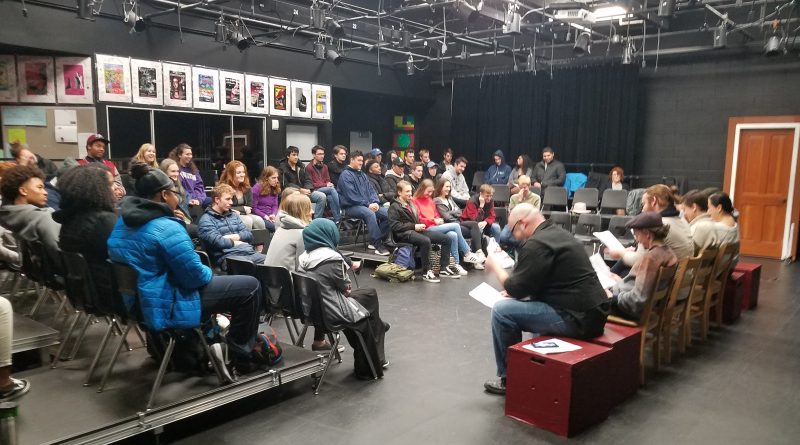 Thanks to PTSA’s generous funding, our Young Playwrights Program (YPP) teacher, local playwright and Theater Schmeater Artistic Director Wayne Rawley worked with sixty Seniors Fall quarter. After ten weeks of studying how playwrights come up with their ideas for plot, dialogue and setting, students wrote ten page plays. From those plays, Mr. Rawley and the YPP program picked several to be produced on stage this Spring.

Three plays will be produced by Theatre Schmeater, and one will be produced at the ACT Theatre itself, March 29 – 31, 2018 (exact day & time to be announced). Theatre Schmeater will stage Zharia Baker’s “Time to Let Go and Try Something New,” Jonathyn Jordan’s “The Temptation,” and Emani Turner’s “It’s Not My Fault.” ACT Theatre will stage Owen Boxwell’s “Goodbye” alongside plays by seven students from all around the Seattle area. MORE INFORMATION ON ACT’S YOUNG PLAYWRIGHTS FESTIVAL PAGE.

Thanks so much for your generosity – this kind of enrichment helps provide students an outlet for their creativity that few have had the chance to explore before now—and affirmation that their hard work deserves recognition and support by the community at large.