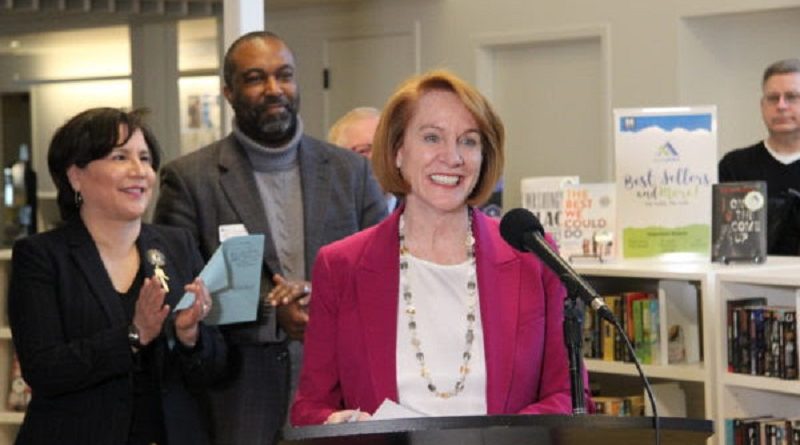 On Wednesday, March 13, 2019 Mayor Durkan announced the new “Libraries for All” plan.

Guided by community input and in collaboration with The Seattle Public Library Board of Trustees, this plan would make seven years of investments in critical areas to:

– Eliminate Overdue Fines: Higher average balances and blocked accounts occur in greater numbers in lower-income and historically underserved neighborhoods. The plan would invest $8 million over the next seven years to provide fine-free access to books, materials, and resources for all residents and correct a historic inequity.

– Help Close the Digital Divide and Promote Digital Equity: To promote digital equity, the plan would invest $4 million to maintain high-speed internet at library facilities. The proposal also includes $5.3 million to provide internet access through programs such as short-term check outs of WiFi hotspots – for residents who may otherwise have no access. This includes providing  internet access at low income housing developments, and longer-term access at permitted villages for people experiencing homelessness.

– Support Safer Buildings through Seismic Upgrades: Three SPL locations have been deemed high-risk unreinforced masonry buildings. To make them safer, we would invest $13.8 million in seismic retrofits for the Columbia, Green Lake, and University branches.

Click here to learn more about the new plan.