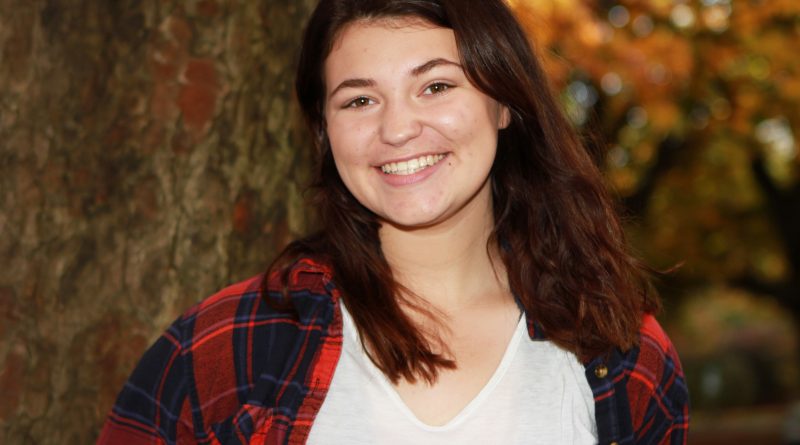 HUGE THANKS to Bella R.-R., The Messenger Executive Editor who has been sending the eBark articles all year! Bella is graduating in June. Here is her bio.:

Before I was interested in journalism, I was mainly a poet and fiction writer. Once I got to Garfield, I wanted to start exploring new writing opportunities — that’s when I found out my history teacher, Mr. Martin, was the advisor for the Messenger. I was always interested in journalism but never actually tried reporting, but knew I wanted to give it a shot. I applied at the end of my freshman year, and was hired and began reporting that fall.

I think the story I’m most proud of was the center spread of the first issue my junior year. The article covered the SPS teacher strike that postponed school starting a week. While I was not as experienced of a writer as I am now, I think this was my turning point into becoming an actual reporter. I went to multiple protests, interviewed students and teachers, and truly immersed myself in the situation to deliver a news story to the Messenger audience, which I was really pleased with. Additionally, earlier this year I wrote another center spread on the declining mental health of high school students, and the resources students have available at Garfield. Technically, as editor, I’m not really supposed to write all that much, but our original center spread article fell through and I had less than a week to fill it up with something. The article came out well for being done in such a short amount of time, and it potentially could have aided Garfield students, which I loved.

I think what I learned most about editing the Messenger was how important it is to include diverse voices in journalistic writing. So many students have different experiences and viewpoints about different topics, and it’s so easy to just write about one group of people or viewpoint. As editor, I had to really push my writers to include diverse voices from all backgrounds at our school and in our greater community — in the end, we were left with more honest and inclusive articles that spoke true to multiple identities at Garfield.

This fall, I am going to be attending Sarah Lawrence College in New York to peruse a major in creative writing and literature. Sarah Lawrence has a historically strong writing program, and I’m excited to get involved with their newspaper and other publications. From there, my goal is to attend graduate school at the University of Texas’ Moody School of Communication in Austin and get a degree in journalism.

I think what I’ll miss most about Garfield is the community spirit. People really care for each other here, and I’ve made so many friends these past four years that I know I’m going to miss. There are so many amazing opportunities I get at Garfield that I wouldn’t get anywhere else, and I’m just so grateful I could attend a school like this when I did.